Characteristics and Effects of Geumsan Ginseng 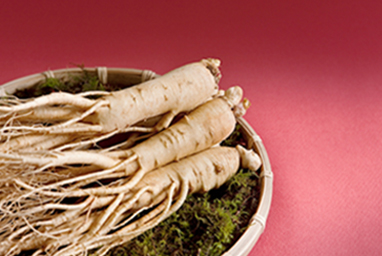 During the growth of Geumsan ginseng, the shape changes. In the first year, as the roots become enlarged, 30 to 40 slow roots are produced. During the transplantation in the second year, all the slow roots are cut off, and only the main roots are planted, and the slow roots appear again. The number of branches and slow roots is fixed, and during cultivation for 4 to 5 years, the main roots become enlarged and the growth of slow and fine roots is promoted, completing the unique shape of ginseng.

The six-year-old root processed with red ginseng has an enlarged head, the body is 7-10 cm long, 2-3 cm in diameter, and has several slow roots. On the other hand, if it grows for more than 7 years, hypertrophic growth becomes slow, the body shape becomes poor, and the epidermis becomes woody. In addition, many voids and voids occur during processing.

The overall shape of the Geumsan ginseng root has many fine roots, including the main root, There is me, and it resembles a human form.

A passage has been discovered in the medical text Shen Nong Bencaojing, written by scholar Tao Hongjing in Northern and Southern Dynasties-period China, praising the excellence of ginseng from Geumsan. This is documentary evidence for the long history and excellence of Geumsan ginseng. Geumsan ginseng, which has 1,500 years of history, begins to be harvested in early July, when its medicinal qualities are at their peak. Processing is completed by the end of October, and it is referred to as summer ginseng.

The effects of Geumsan ginseng 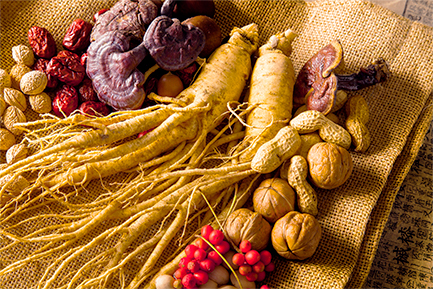 Sapona, which means soap in Greek, is derived from saponin, which in general lowers the surface tension of water, so it foams easily. If you think that saponin enters the human body and washes blood vessels and organs with soap, you can easily understand the efficacy of saponin.

Although it is contained in small amounts in various plants such as beans, deodeok, buckwheat, bellflower, water parsley, mung bean, garlic, onion, ginkgo biloba, and arrowroot, which are commonly found around us, the saponins of ginseng are different from other plant-based saponins in chemical structure. It is called Ginsenoside, which is a compound word of Ginseng + Glycoside.

The medicinal effects of Korean ginseng

Korean ginseng contains a high amount, 60–70%, of carbohydrates such as starches. However, it also contains special compounds which can't be found in other plants such as ginsenosides, polyacetylene, antioxidant aromatic compounds, gomisin-N and gomisin-A which protect the liver, and insulin-like acid peptides. In particular, non-saponin compounds are the major components, and include phenol and polyacetylene components which activate anti-oxidation and suppress the proliferation of cancer cells. Korean ginseng contains more of these components than North American ginseng, making it more effective for increasing vitality.

Comparison of saponins of ginseng from each country